In her new book To Raise a Boy, author Emma Brown writes, “This is what I want for my son as he grows up: the ability to be himself without paying a social penalty.”

[NOTE: This episode contains graphic descriptions of sexual violence from 16:30-21:30]

That’s what we want too. And we get frustrated sometimes because so many people don’t even realize (or aren’t willing to acknowledge) that boys and men face gender-specific issues too. We’re hopeful that Brown’s book will help move the needle because Brown, the investigative journalist who broke the Christine Blasey Ford/Brett Kavanaugh story, is brutally honest throughout the book. She not only shares heartbreaking detail about the reality of boys’ lives today; she readily admits that she was previously unaware of the challenges faced by boys. She writes:

Deep down, somewhere under my skin, I was holding onto some seriously wrongheaded assumptions — ideas so ingrained that I did not even notice that, and that rendered boy as something less than human.

“The path to this book really started when my son was 6 weeks old,” Emma says. “I was home on maternity leave and the first Harvey Weinstein stories broke and MeToo stories were coming out, and I thought, ‘Wow. How am I going to raise my son to be different than this?'”

Her oldest child was a girl, and Emma realized she had all sorts of ideas about how to raise a girl who resists and challenges gender stereotypes and expectations. But as she pondered her son’s future and researched the book, she realized that she “had never grappled with the idea that boys dealt with pressures, stresses and struggles in the same way that girls do around gender expectation,” she says.

“I wasn’t familiar with a lot of the disparate outcomes between men and women or boys and girls before I started working on this book,” Emma says, referring to the fact that males are 4 times more likely to die of suicide than females and more likely to experience poor physical health. “Learning about them sort of bowled me over. We do need to do better for boys.” 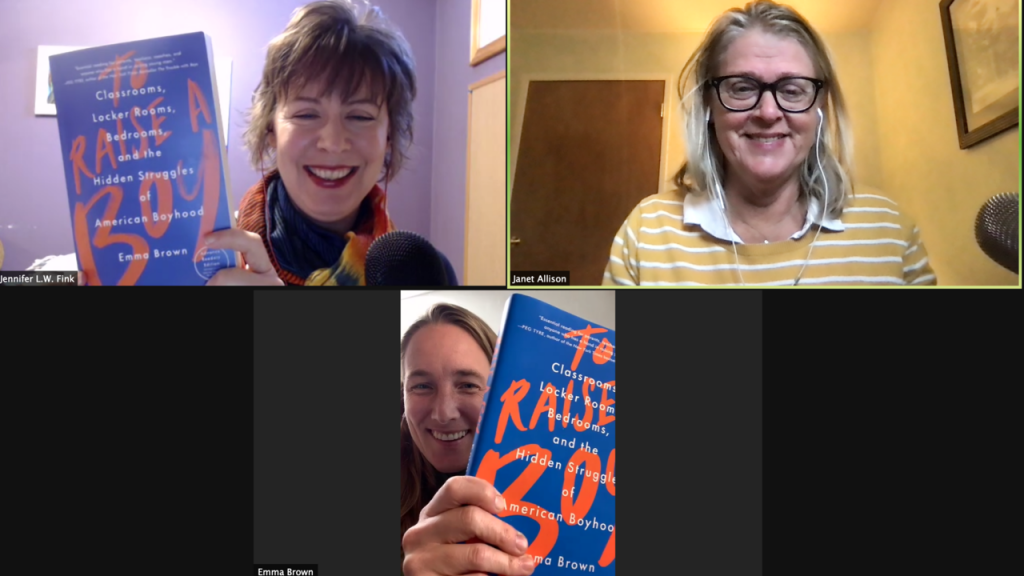 To Raise a Boy: Classrooms, Locker Rooms, Bedrooms, and the Hidden Struggles of American Boyhood, by Emma Brown

Masculinity in the Age of #MeToo — ON BOYS episode

Becoming a Man — program referenced at 40:45