You may wonder, how do you raise a feminist son?

Or you might be wondering, WHY would you raise a feminist son?

What if we phrased it this way: How do you raise boys who respect and value all humans?

“The word feminist, all over the world, has taken on so many definitions and meanings,” says Sonora Jha, author of How to Raise a Feminist Son. “To me, the best definition is still Gloria Steinem’s: Feminism is the radical idea that women are people too.” It is the idea that all humans are worthy of respect, coupled with recognition of the fact that not all humans are afforded respect yet.

Welcome Media into Your Home – and “Gossip” Over It

“Feminism for a boy growing into a man means recognizing those things and committing to changing them,” Sonora says. It does not mean restricting his access to media or telling him what to think. Quite the contrary: Sonora, a media professor, invited all kinds of media into her family’s home, treating media like a “cool aunt or uncle,” and “gossiping” over it.

She allowed her son to play Grand Theft Auto, a videogame some decry as overly violent and misogynistic, because her son talked about the game with her and recognized sexist tropes, largely because the mother/son duo had already spent years discussing media portrayals of men and women.

Similarly, you can facilitate family connections without endorsing sexist or racist comments, actions, or beliefs. “You can say something like, ‘I love Grandpa, but I don’t love all the things he says,'” Sonora says, noting that family relationships (and humans!) are complex.

Our boys are complex & growing humans too, so less-than-ideal behavior is assured. Your son will occasionally behave in hurtful or harmful ways, and he will not always appreciate your redirection. As Sonora wrote in her book, “Trying to insert the notion of error, or wrongness, of failure into the cocksureness demanded from young men is like asking a bull to sit down at a tea party after waiving a red cape in its face.”

Give your boys grace. Give some to yourself as well. And remember that teaching your son to recognize and dismantle sexist structures is beneficial for all. 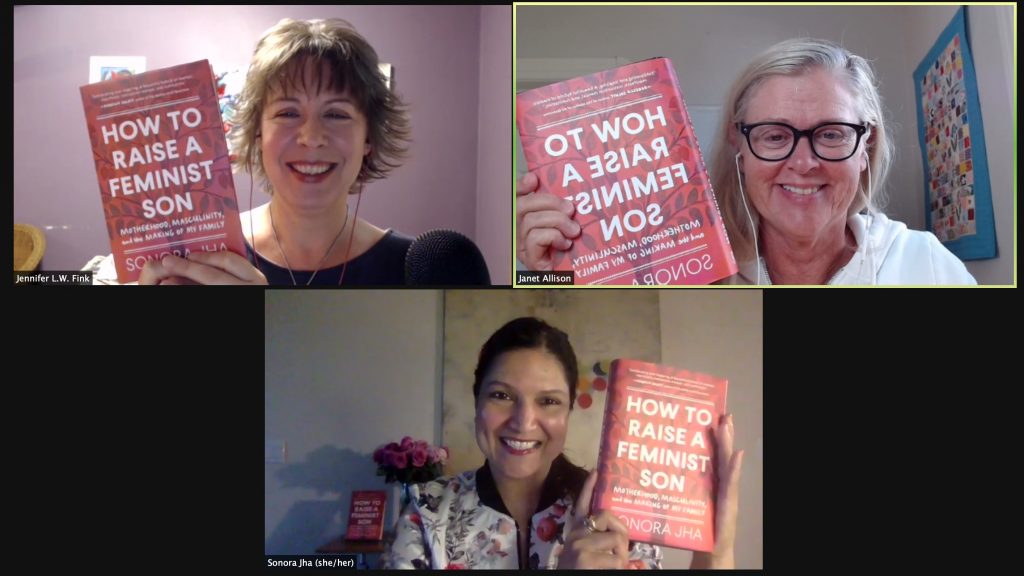 How to Raise a Feminist Son: Motherhood, Masculinity, and the Making of My Family — Sonora’s book

Know My Name: A Memoir by Chanel Miller, mentioned at 35:21